January 8, 2013
by Paul and Layne Cutright
Kevin apologized to Melissa after he missed an appointment. It was a simple misunderstanding, so Melissa said she wasn’t really upset, just frustrated and disappointed. But Kevin sensed there was more to it. Melissa’s smile seemed forced, and he felt there was more she wanted to say, but Melissa insisted they forget about it and move on. Still, Kevin had an uneasy feeling in the pit of his stomach.

What he was feeling was Emotional Incongruence as opposed to Emotional Authenticity. What’s the difference?

Most people have learned to hide their feelings. They’ve learned to be guarded because dropping the mask and being emotionally open can lead to feeling vulnerable. In the heat of the moment, it can be difficult to see how honesty and vulnerability might be good, how completely disarming they can be, and how important they are to building trust and compassion.

No, in the heat of the moment, hiding seems like a better idea. And to make it more complex, sometimes you know you are doing it, and sometimes you don’t.

Sometimes you lie about your feelings to get the upper hand. It’s almost always a self-defeating move, though, because it is so transparent. People may not notice the deceit right away, but after they have had a chance to reflect, the truth usually dawns. They may not confront you because it is not worth the effort, but they will feel wary and simply “go polite” and keep their distance. Just as Kevin did with Melissa.

At other times, you may be out of touch with your feelings and try to fool yourself into maintaining a particular self-image. Perhaps you’re trying to keep up the appearance of being nice or spiritual or in control. But just beneath the surface, the fear of looking bad, or being wrong, or cast aside, dictates your defensiveness. Others almost always experience your defensiveness as aggression, which escalates arguments. You may think you are communicating clearly, but you are actually sending mixed messages. Just as Melissa did.

The words of a conversation are transmitted on an invisible carrier wave of emotion. More powerful than the words alone, the emotion is “louder.” Within this communication, non-verbal cues and your body language are talking more than your words.

Consequently, one of the worst things you can do is lie about your feelings or try to hide them. All that does is send mixed messages and make others feel as if they are standing on shaky ground, causing all manner of silent alarms and red alert signals to clamor through their energy field. There is a dreadful, unsettling feeling that comes with that “everything looks okay, so why does it feel so bad and where is the danger really coming from?” feeling that usually throbs in your stomach and raises your hackles.

Just as it is easy to tell when someone is being emotionally incongruent, it can be equally difficult to know when you are the one doing it. It can be extremely difficult for people who hold a high value for peace or kindness, to be honest with themselves, or anyone else for that matter, about their darker emotions. It can generate a deep inner conflict to have “hateful” feelings when you see yourself as a “nice” person. If you have been a victim of emotional violence, it can be even more difficult.

If You Want To Be Emotionally Congruent…

Over time, people may automatically suppress feelings they judge to be “bad.” This leads to acute emotional incongruence. Often at this point, you can’t even feel the feelings you are transmitting to others.

If you want to be emotionally congruent, you must recognize the importance of learning to feel safe with all your emotions. Look to see the role fear or anger has played in your life.

In the case of Kevin and Melissa, it is likely that Melissa had some old feelings, of which she was unaware, triggered by her interaction with Kevin, who then picked up on the uncomfortable residue and put up his defenses. It is entirely possible that Melissa was being perfectly sincere in her statement that there was nothing more, simply because she was not in touch with her deeper feelings.

Sex is more than just a physical act. Experience intense passion in your relationship and become the prize he pursues.

What Husbands Can’t Resist: He’ll Want To Marry You All Over Again

Discover what makes your husband tick, why he longs to feel connected to you on a deep emotional level, and reawaken his deepest desires for you.

Beyond Bonding: Your Happily Ever After

How can an already-amazing relationship avoid becoming just another broken romance? Go beyond bonding and learn the work it’ll take for you and your partner to live happily ever after.

What happens when you know this is the right man for you, but he’s not right beside you? Make long distance love really work by anticipating the challenges and avoiding the pitfalls.

Tension Draws Him Closer: Watch Him Pursue Your

Having difficulty making a man feel the level of emotions for you that you feel for him? Leverage tension to create the kind of relationship you want with the Tension premium program.

About The Author – Paul and Layne Cutright

Paul and Layne Cutright are relationship coaches and teachers who have been offering secrets and strategies for successful relationships at home and in business since 1976. They are authors of the best-selling book, “You’re Never Upset for the Reason You Think – Secrets and Strategies for Resolving Any Upset Quickly and Easily.” Visit their website here. 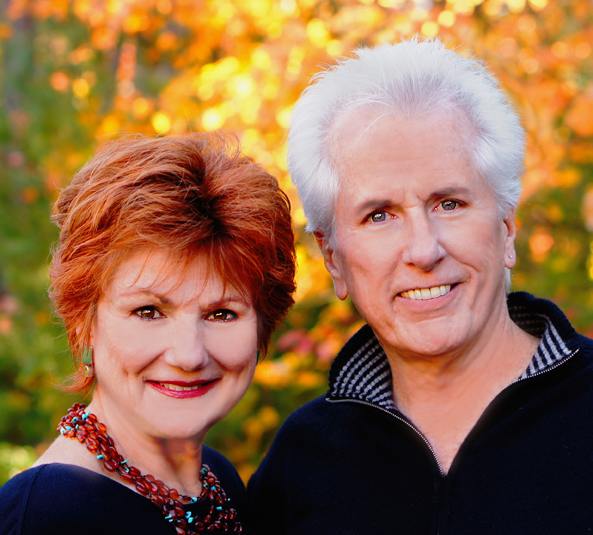