July 22, 2016
by Claudia Cox
We live in the age of technology, and although not all of us have still got to grips with the Large Hadron Collider (and most of us never will), one simple but beautiful piece of technology that has improved the way we all communicate with each other is texting.

Texting ensures we can easily and quickly send short messages to anyone we want, wherever we are and wherever they are. If we want a McDonald’s before we die of a hangover, we can fire a quick text to our BFF.

We can also use text messages to wish someone a happy birthday to those friends we don’t want to call up or see in person – and we can even use texting to flirt with guys.

Flirting via text can be a total minefield if you don’t know what you’re doing. If you’re not very well-versed in how to flirt using a touchpad, your attempts at flirting could end up causing your crush to block you from his phone.

But it’s totally okay because we’re here to save the day by giving you the lowdown on how to bring your A-game to the texting table and communicate with your crush using your thumbs just a few buttons. You don’t even have to get out of bed to put a smile on his face!

Send Him A Picture

Words don’t always come so easily, which is why whenever you’re stuck for something to say, you should fall back on something that always works – a picture.

Pictures offer powerful visual stimuli that anyone responds to – even guys who are otherwise busy blasting zombies on their video games.

The picture must be cute, eye-catching, and engaging. It could be a pic of you looking silly (or hot), or it could be a funny cat meme.

Ask Him A Question

Nothing kills a conversation quite like a muted “K” response, and if you’re the sort of personality who wheels out the dreaded “K” quite often, you’re going to have to stop doing it right now.

Instead of responding in monosyllables to his texts and expecting him to direct the conversation all the time, ask him questions that get him talking. It’s sometimes the only way to prick his interest.

Your questions should be as creative as possible, because there is only so many “how was your day?”s that a man can take. Ask him what his favorite movie is, what plans has he got this week, or where he’d love to live.

Guys are not mind-readers and they certainly don’t know whether you’re having a good time texting them or not. If you don’t attach any emojis with your texts, they might assume that you’re bored.

So why not brighten up your texts with a few smiley emojis? They’re there to be used, so don’t be afraid to use them!

The more the merrier, really, because a smiley emoji has the same effect as a real-life smile and can release endorphins in his brain that make him respond with a smile, too.

Laugh At His Jokes

Guys love it when women laugh at their jokes. Indeed, they spend a lot of their time trying to come up with some witty liners to drop into their texts that they feel sure will make you laugh.

And if you don’t laugh, they’re going to be pretty disappointed. They may even stop texting you and find someone else to laugh at their toilet humor.

To keep him interested, laugh at his sense of humor. If you really think his jokes are lame, at least respond with some banter such as “you’re such a loser lol.”

Whatever you do, just make sure you don’t ignore his attempts at humor.

Texting is something of an art form, and timing is key. If you bombard him with five or six consecutive texts without any response, you’re probably going to drive him crazy.

After all, the last thing he wants right now is a stage 5 clinger who doesn’t know how to give him space – and who doesn’t seem to have much else going on in her life.

Play it cool by responding immediately and then taking a little bit longer next time. This deepens the mystery about who you are, what you’re up to, as well as what you want. It keeps him second-guessing – and it keeps him interested.

Lastly, it’s super important that you don’t create any awkward moments in your text. Because texting isn’t face-to-face conversing, it can be really easy to be more confident than you normally would be.

Therefore, it can be really tempting to say things you wouldn’t normally say – and which can create awkward moments.

Refrain from saying something if you’re worried it might create discomfort. Although he might bear the brunt of the discomfort at first, it will be you that feels the awkwardness when he doesn’t respond.

About The Author – Claudia Cox

Claudia is the creator of Text Weapon, and the author of French Seduction Made Easy. She is passionate about modern communication and loves helping people improve their relationships through flirty texting. To read more by Claudia, visit here website here. 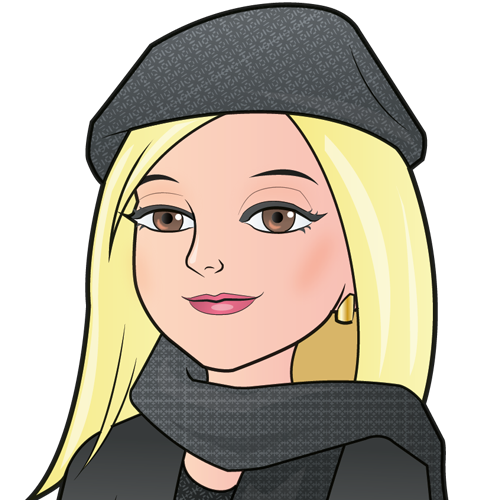