10 Reasons Why he Didn’t Call After Your First Date

April 7, 2015
by Gill Crowley
You’ve been out on a great first date with a guy you really like and thought this could be the start of something special. You exchange phone numbers and he promises to give you a call.  Days pass and you are still waiting – but you hear nothing from him. Why could this be? Here are 10 reasons why he didn’t call:

The places in this guide are virtually unknown!

1. Maybe he’s not that honest

He could be seeing someone else as well.

2. Perhaps he lost your number

This can happen. If you haven’t heard from him for a few days, just send him a short text thanking him for a nice date and ending with “hope to hear from you soon”  You then know that he has your number, so if you still get no reply after that, you know that he is not interested.

3. He was just being nice

Perhaps he took your number because he didn’t have the courage to tell you that he didn’t want to see you again and thought it would be easier to ignore you afterward. Ideally, it would have been better for him to be honest, but he took the easy way out.

4. He’s not looking for anything serious

If he thinks you’re after a serious relationship and all he wants is a fling, then he is most likely to move on to the next person and not bother to ring you again.

5. You didn’t at least offer to pay for anything

Most men like to treat a woman on a first date, but you should not assume that he will pay for everything. It is courteous to offer to buy a round of drinks or pay for your meal even if he does not accept. He could think that you are just after a meal ticket.

6. You revealed too much

Did you share too much personal information with him? It can be off-putting to learn too much too soon.  If you went into lots of detail about a messy past relationship, health issues or family problems, you could have scared him off.

7. You asked him the wrong questions

On a first date, the objective is to get to know each other by asking about general things like work, family, hobbies, music, not conducting an interview. If you started grilling him on politics, religion, his past relationships, how much money he earns, then you have most likely put him off.

Did you say things like “You seem like the perfect guy,” or “you’re so out of my league,” or “you have an amazing body?” Comments like this will have made him feel very uncomfortable as he will feel that you have put him on a pedestal already.

Maybe you didn’t make much of an effort to engage in conversation with him.  I know first dates are nerve-wracking and you may have felt shy and tongue-tied, but if he asked you lots of questions and you replied with one-word answers and didn’t ask him anything about himself, then he will have got the impression that you were not interested.

10. You were too eager to impress him

Perhaps you tried too hard to get him to like you. You could have come across as desperate if you agreed with everything he said. Being over-enthusiastic or over the top about things is also off-putting. If he doesn’t call, don’t beat yourself up about it, just accept that it wasn’t to be, maybe the chemistry was just not there for him.

Try and work out where you went wrong and learn from your mistakes. If you don’t feel anything was wrong, then you have to just move on and put it behind you – he obviously was not the one for you after all.

How Do I Get Him Back? Before He Moves On

Not every breakup means the end forever. If there’s any chance of restoring the relationship, we can help show you how to get him back.

How To Attract The Man of Your Dreams: He’ll Finally Be Able To Find You

Sometimes you have everything you need for the perfect relationship… except the perfect guy. Let us help you find the man of your dreams.

Your Last First Date: He’ll Be Begging To See You Again

What if you could draw him in the fastest at the very beginning of the relationship? Start your romance off on the best footing with a strong first date allure.

Taming The Bad Boy: Put Him Under Your Spell

If the man you’re in love with is a challenging bad boy, then you have to learn the rules for what is effective (and ineffective) when dealing with a more difficult type of man.

Commitment Soup: One Taste And He’s Yours Forever

His ability to commit is based on his character and how you make him feel. Learn about the levels of commitment and what you can do to guide the relationship to become deeper and stronger.

About The Author – Gill Crowley

Gill Crowley has been running her own dating agency in the UK for the past 20 years and has helped thousands of people to find love over the years. She has recently sold the business so that she can concentrate on sharing her message. 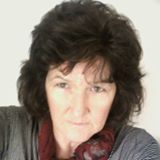