Don’t Let a Man E-String You Along

June 5, 2014
by Bob Grant, L.P.C.
As Your Guy Spy into the Male Mind, I tell you our secrets so you can create secure, loving bonds with relationship-ready men. I’d like to tell you about a nasty habit some men get into that leads to heartbreak almost every time. But I’ll also tell you how to avoid falling into this common trap. Have you ever put something on a rope so you wouldn’t lose it?

That’s tethering, and you only do it with important things you might forget or misplace. Putting a string around your finger is one example, and leashing your dog is another. We all do it at one time or another.

Men do this all the time to women, and it’s called electronic tethering (e-tethering for short).

Here’s how it works. Let’s say you’re beginning to like a guy you’ve dated a couple of times, or maybe there’s a guy you’ve been talking to online. In the beginning, he came on kind of strong and there was definite chemistry between you. Maybe you even slept with him.

Suddenly, he stopped making plans to date you, or if you hadn’t seen each other face-to-face yet, he stopped talking about meeting you. He said he was busy with work or family, but he still texts you once in a while. And the texts are generic and meaningless, almost like something he’s tossing out there to see if you respond.

It seems like he always texts you right as you’re thinking about him, almost as if he can read your mind. All this communication makes you feel connected to this amazing man, and you interpret this text as action saying, “Wow, he’s into me.”

Except for its activity, not action.

If you did sleep with him, he hasn’t planned an actual date since, has he?

So this texting thing goes on for two or three weeks, and then you get that late-night message asking you to come over. You go because you like the guy, the sex is great, and you’re sure he’s finally coming around.

Until the pattern begins again. No plans from him, just more nonspecific text messages.

You’re in the “E-Tethering Zone”

You’re in the e-tethering zone, which means he can stay connected to you without doing any work to keep you around.

And the worst thing is that chances are he’s doing it with several women at once.

How do I know this? Because I’ve talked to dozens of guys who do this very thing every day. They all told me that texting comes in handy when you’re dating.

Guys know that they don’t have to call to ask a woman out. They can do everything by text: send a romantic message, order flowers, and even break up. And the great thing for a single guy is that he can do all these things with several women, and they’ll never find out about the others. You can string along an amazing number of women through text if you know what you’re doing. And even if you don’t, who cares? There are always more women out there.

Here’s one example of e-tethering scaled up.

Let’s say the guy is stuck in traffic, bored in a meeting, or just sitting home, and he texts three, five (or even more) women at the same time.

See how easy that was? Some men can keep an electronic tether on quite a few women at once. And they do it repeatedly, with dozens of unsuspecting women over time. Keeping women e-tethered is a perfect way to stay connected when these guys aren’t dating someone.

Occasionally, when they get lonely, they’ll reach out, and if someone bites, they’ll schedule a meeting. Maybe they tell the women it’s just for dinner or drinks, but it’s really a thinly veiled booty call. This works—it really does. In fact, knowing how easy it is, I shudder to think about how many women are e-tethered right now. I hope you’re not one of them.

So as your Heart Protector, I want to give you a huge heads-up and hopefully spare you from heartache.

While texting is a wonderful tool that has made dating easier and more fun, don’t let yourself be strung along by an e-tethering guy. If he doesn’t take action within a couple of weeks of texting you the first time, consider cutting the rope and letting him drift away.

Without action, texts are just words on a screen. While texts do feel good, ask yourself this: does the guy ask you out on real dates, take you out in public, introduce you to the people in his life? Or does he ask you over late at night and send you texts that mean nothing?

Relationship-ready men use texting to connect to you—not to play games. Don’t let guys who aren’t ready to take up your time and energy. 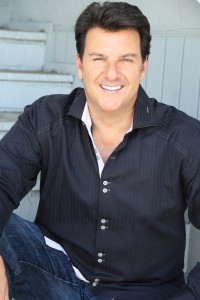 My guest today, Understand Men NOW, dating and relationship expert, Jonathon Aslay is a defender and protector of women’s hearts around the world. He helps women transform from attracting Mr. Wrong into finding their Mr. Right.

Jonathon, a successful entrepreneur, coach, speaker, and author of Understand Men NOW ~ the Relationships Men Commit to and Why and “ONLINE DATING SECRETS REVEALED” teaches the Do’s and Don’ts of Internet Dating and helps women become date and relationship ready. Jonathon is like A GUY SPY to the male mind who truly understands the way a single or divorced man thinks and acts. He’s a master at helping women recognize and distinguish the difference between men who are looking to get laid from those who are truly ready for love. Through his heart-centered, radical honesty coaching style, he helps answer the questions that baffle women the most when it comes to dating, mating, and relating. www.UnderstandMenNOW.com